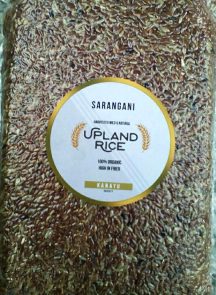 SARANGANI – The province of Sarangani just launched its organically grown upland rice products produced by farmers, who are beneficiaries of the Department of Agriculture – Special Area for Agricultural Development (DA-SAAD) Program, last 7th of November 2017.

The different varieties of rice, packaged in a classy gold branding, were cultivated by Indigenous people (B’laan, Tagakaolo, and T’boli) of Barangay Upo, Maitum, Sarangani through traditional methods of agriculture.

More than 180 farmers, who were targeted as beneficiaries of the SAAD Sarangani program for FY2016, contributed to the product launching as they had just recently harvested more than 100 metric tons at the end of October.

In DA Secretary Emmanuel Piñol’s recent visit to the area during their Thanksgiving celebration, he remarked how he wants Sarangani to be the model area of the SAAD Program as it is the most successful due to its streamlined and efficient implementation. He also lauded Sarangani Governor Steve Solon and the farmer-beneficiaries for their fruitful yield of organic brown rice and other varieties of upland rice.

In the said event, the DA chief also handed out a check worth P75m, which is the P25m second tranche of the FY2016 Continuing Funds and the P50m FY2017 Current Funds, to the provincial government of Sarangani.

For the coming years to come, Sarangani expects to expand its SAAD upland rice and be known as a major supplier of organically grown produce. 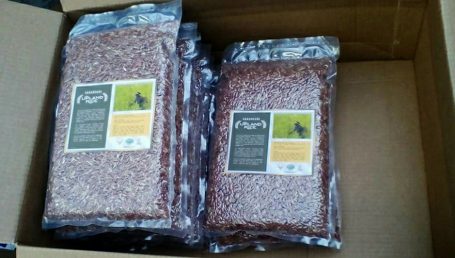 Sarangani’s best organically grown upland rice can be bought at P60 per kilo.

SAAD Sarangani, with the initiative of the provincial government, implemented a project called Sarangani Upland Rice Diversified Farming under the SAAD Program to provide enough food among farmers, who are mostly IPs and belong to the poorest of the poor, and to its locals. ###