Mr. Ulysses J. Lustria Jr. was designated as the National Director of the Department of Agriculture – Special Area for Agricultural Development (DA-SAAD) Program on August 15, 2022.

He graduated from the University of the Philippines Los Baños (UPLB) with a bachelor’s degree in Communication Arts – Major in Writing. He then pursued his graduate studies, taking a master’s degree in Development Management from UPLB and Master in Development Economics from UP Diliman campus. He has been a Civil Service Professional since 1988 and was certified as an Agriculturist in 2017 and Environmental Planner in 2019. He is also Career Executive Service Eligible (CESE).Serving the agricultural sector for 34 years, he started his career in the Department of Agriculture (DA) as an Agricultural Specialist and Economic Researcher for the Special Concerns Office (SCO) in 1988. He then became a Project Development Officer II in the Research and Project Development Division of the Special Concerns Office (SCO) in 1989 to 1994.

He worked closely with the previous leaders of the program from the then Assistant Secretary for Planning, Project Development, and Special Projects, Mr. Lerey A. Panes in 2017, followed by Ms. Bernadette F. San Juan who led the program from 2017 to 2019, and Dr. Myer G. Mula, from 2019 to 2022.Having an eye to witness and lead the day-to-day operations, enriching his experience in supervising the National Program Management Office (NPMO), he also performed duties as the Planning and Monitoring Head and Head of the PR and Communications cluster. He was designated as the SAAD Deputy Director in 2019.The goals of the program remain to help alleviate poverty in the marginalized sector by ensuring that sustenance and livelihood opportunities would be provided through agricultural interventions and technical support for the sustainability of the projects, enabling enterprise development.

As the DA-SAAD program proceeds to its second phase of implementation in 2023, SAAD remains committed to expanding and accommodating more farmers and fishers, with continuous policy strengthening, and study, to reach more communities under Mr. Lustria’s leadership. 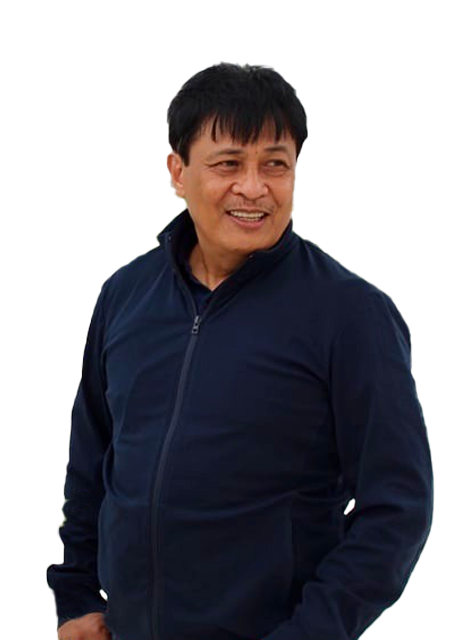 Dr. Myer G. Mula was appointed by Department of Agriculture (DA) Secretary William D. Dar as the new Director of the Special Area for Agricultural Development (SAAD) Program on October 18, 2019.

A renowned international scientist, Dr. Mula is a pride of the north as he is of Ilocano and Pangasinan descent. He graduated from Mountain State Agricultural College (now Benguet State University), La Trinidad, Benguet with a bachelor’s degree in Agriculture, major in Agronomy. He also took his master’s degree in Public Administration and a doctorate in Rural Development at Benguet State University.

The Director has been working in the agriculture sector since 1981. At the beginning of his career, he was involved with the private sector thru the `Puyat Farms` for 6 years then moved through the government sector with various designations under the  Department of Agriculture – Cordillera Administrative Region as the Monitoring Unit Head of the Highland Agriculture Development Project (HADP);  Planning, Monitoring and Evaluation Head of the Cordillera Highland Agricultural Resource Management (CHARM) Project; Regional Coordinator of the Grains Technology Demonstration for Rice and Corn; Focal Person for the Medium-Term Philippine Development Plan (MTPD); Regional Organic Focal Person and Regional Banner Program Coordinator for the High-Value Commercial Crops (HVCC).

Dr. Mula has authored more than a hundred scientific materials (i.e. books, research journals, monographs), specifically on developing a model to sustain quality pigeon pea, groundnut, and chickpea seeds, during his time at the International Crops Research Institute for the Semi-Arid Tropics (ICRISAT) in Patancheru, Telangana, India as a Senior Scientist on Seed Systems from 2008 to 2016. During the first three months of Director Mula’s appointment in DA SAAD, he has already initiated changes to improve SAAD’s management and implementation process.

His first activity was to meet with the Bureau of Fisheries and Aquatic Resources, emphasizing that there should be a common policy and management to achieve the goal of the program, which is the contribution to the poverty alleviation of 30 priority provinces with high poverty incidences and areas covered by Executive Order No. 70 (series of 2018).

The Implementing Guidelines were also improved to complement Secretary Dar’s Eight Paradigms of the “New Thinking Strategy” in Agriculture. During the 2019 SAAD National Program Management Office (NPMO) Year-End Assessment, the organizational structure and logical framework was enhanced for effective monitoring and evaluation of the program implementation. With his leadership, SAAD also strengthened the partnership and developed new ones with other government agencies and non-government organizations, such as the Agricultural Training Institute, DA Agribusiness and Marketing Assistance Service, Bureau of Plant Industry, Bureau of Agricultural Research, and Go Negosyo.

From this year onwards, it is expected for the DA SAAD to expand its coverage, thus the implementers should be equipped in fulfilling the responsibility to the beneficiaries of the program.

The promise to give our poor farmers and fisherfolks a sustainable livelihood is more attainable through the cooperation and dedication of everyone and with the leadership of our new Director.

Ms. Bernadette F. San Juan was appointed by former Department of Agriculture Secretary Emmanuel F. Piñol as the Director of the Special Area for Agricultural Development (SAAD) Program in October 2017.

Some of her program strategies were multi-year planning and budgeting, crafting a field implementation manual, creating a community logical framework, and enhancing the implementing guidelines. She also initiated the creation of the SAAD National Farmers and Fisherfolk Database System to easily store and access the beneficiaries’ socio-economic profiles.

She believed that the program beneficiaries should be recognized so she created a one-day knowledge management event and trade exhibit called the SAAD Saga which started in 2019. Zamboanga del Norte, Cotabato, Eastern Samar, Samar, Northern Samar, and Sarangani were the first SAAD provinces to showcase the success stories and products of the farmers. 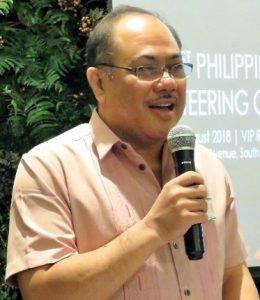 Mr. Lerey A. Panes was appointed by President Rodrigo Duterte as the Department of Agriculture’s (DA) Assistant Secretary for Planning, Project Development, and Special Projects in 2016. Former DA Secretary Emmanuel F. Piñol designated Mr. Panes as the director of the Special Area for Agricultural Development (SAAD) Program, which started implementing in 2017.

He laid the foundation of the SAAD Program in terms of the implementing guidelines, which include the requirements to become an eligible beneficiary. A negative list of livelihood interventions was also set to guide regional and provincial implementers as well as identified beneficiaries in proposing projects.

Although he had a short term, he valued partnerships. He met with the Turkish Cooperation and Coordination Agency (TIKA) Philippines for the SAAD beneficiaries to get additional support.