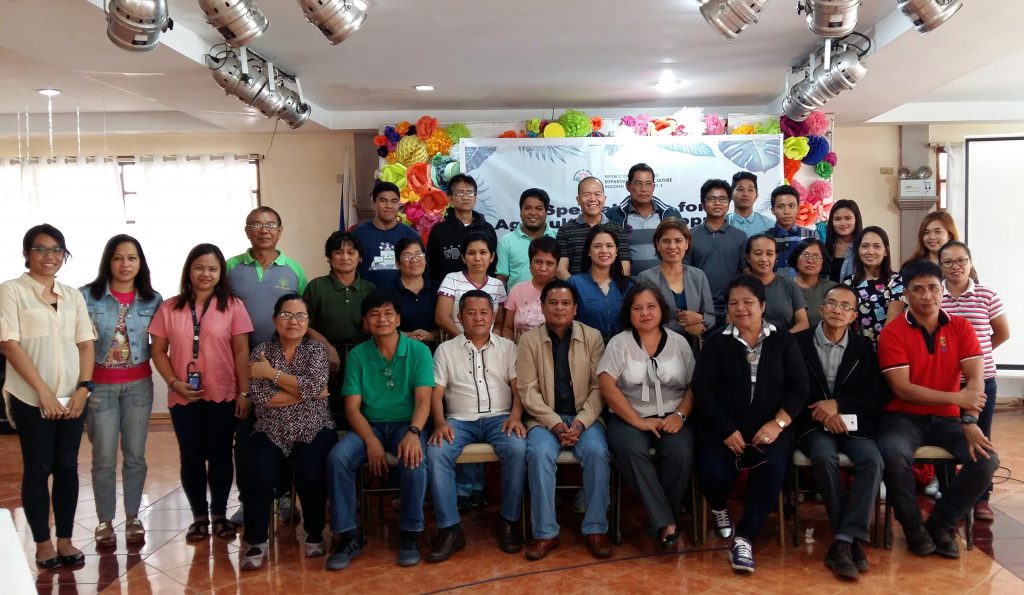 SORSOGON CITY – The Special Area for Agriculture Development (SAAD) national and regional staff convened the municipal agriculturists and local chief executives of the priority municipalities in Sorsogon to orient them in the program’s implementation in the province for the year 2018 last December 6, 2017.

SAAD Program Director Bernadette San Juan said that the program, which is a strategy of Department of Agriculture (DA) Secretary Emmanuel Piñol in alleviating poverty and achieving food security, aims to reach the poorest of the poor in far-flung areas who have not received any help from DA regular programs.

Sorsogon Provincial Planning and Development Office (PPDO) Chief Dominador O. Jardin said the SAAD program will boost the province’s poorest municipalities in many aspects, such as economic growth and agriculture productivity. He added that the province’s top commodities are pili, seaweeds, abaca, coconut, and cacao.

The municipality of Matnog, with the highest poverty incidence rate among population at 45.2% according to 2015 Philippine Statistics Authority, is one of the priority municipalities to be covered under the SAAD Program of the province along with Donsol at 44.1%, Magallanes at 44.1%, Pilar at 42.5%, Juban at 37.3%, and Sta. Magdalena at 35.5%.

DA Bicol OIC Regional Technical Director for Operations and Extension Rodel P. Tornilla shared that Sorsogon farmer-beneficiaries will first undergo training on crops and livestock production, value-adding activities, and enterprise development before receiving the program interventions in the form of upland rice seeds, fertilizers, garden tools and equipment, goat, native pig, native chicken and ducks. He also added that they will adopt the multiplier farm strategy, where next-in-line beneficiaries will ensure that the project interventions will reach them as well.

Also present during the orientation were Mayor Benito Doma of Prieto Diaz, Regional Dairy Production and Technology Center (RDPTC) station superintendent Dolores Ricafranca, and the area coordinators who will officially start on their jobs in January 2018. The SAAD team of Sorsogon will hold office at the RDPTC in Cabid-an, Sorsogon City.

Sorsogon is one of the three Bicol provinces that is included in the 2018 priority provinces of the SAAD Program, along with Catanduanes and Masbate. ###