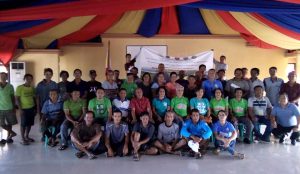 NORTHERN SAMAR – “The only source of knowledge is experience.” With the Department of Agriculture – Special Area for Agricultural Development (DA-SAAD) Program’s aim to socially prepare farmers on various aspects in agriculture, SAAD team in Northern Samar started training 140 farmers on rice production last November 29 to 30, 2017. 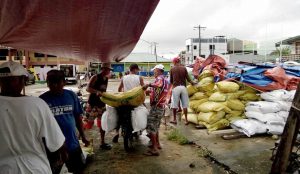 The participants, 70 farmers each from the said municipalities, are the province’s identified beneficiaries for the year 2017.

With the help of the University of Eastern Philippines through its University Extension Services and the College of Agriculture, Fisheries and Natural Resources, the farmers were able to learn seed quality, land preparation, crop establishment, nutrient and water management, pest management, harvest and post-harvest management, farm bookkeeping and accounting, among others. 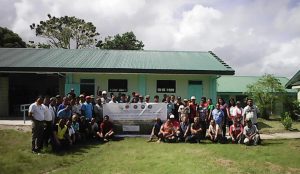 Meanwhile, 70 farmers from Gamay were also given a total of 210 bags of complete fertilizer, 140 bags of urea, and 70 bags of muriate of potash under SAAD Northern Samar’s Enhanced Rice Production Project for the year 2017 last December 5, 2017.

Each beneficiary received three (3) bags of complete fertilizer, two (2) bags of urea, and one (1) bag of muriate of potash.  In addition, six (6) bags of organic fertilizer were also given to each beneficiary. ###