SAAD team in Apayao delivers more than 30 goats to beneficiaries 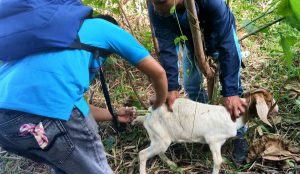 APAYAO – The Department of Agriculture – Special Area for Agricultural Development (SAAD) Program team in the province of Apayao delivered a total of 33 F2 cross-breed goats to their beneficiaries in two municipalities last November 13, 2017.

Two bucks and 19 does were distributed in Barangay Aga, Pudtol while one buck and 11 does were given to beneficiaries in Panay, Sta. Marcela. The small ruminants amounted to Php 465,000.

The team is still set to deliver more goats to its farmer-beneficiaries in various municipalities.

Based on the data profiling and income survey conducted by the team in the first quarter of 2017, the beneficiaries were identified to raise the animals for production and livelihood purposes. 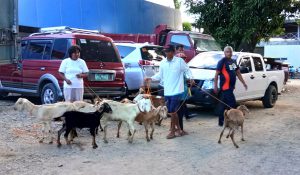 The province of Apayao, one of the ten priority SAAD provinces for the year 2017, has a 54.7% poverty incidence rate per family according to the 2012 data of the Philippine Statistics Authority. ###