Philippines is widely known for the richness of its aquatic resources and has the world’s longest discontinuous coastline. It has the potential for economic growth as over a million Filipinos are engaged in marine fishery. However, due to neglect, distraction, and abuse of resources, the fishing industry is greatly affected.

In addition, fisherfolk remain as one of the poorest sectors in the Philippines, with poverty incidence of 26.2% in 2018 according to the Philippine Statistics Authority (PSA).

Many fishermen say fishing is a dangerous seasonal job. They endure storms, high winds, fatigue, stress, and financial pressures. The hazardous work conditions faced by the fisherfolk have a strong impact on their safety. However, their dreams and responsibilities kept them going.

Due to illegal, unreported, and unregulated fishing happening in the country’s coastal areas, the government is now looking for alternative ways to help its people uplift their way of living. The government are not just focusing on the coastal areas but also on the far-flung areas with great farm and fishery potential, where livelihood and interventions are limited.

With this, the Department of Agriculture through the fishery sector – Bureau of Fisheries and Aquatic Resources (BFAR), launched the Special Area for Agricultural Development (SAAD) Program in 2016, aiming to contribute to poverty alleviation and increased production through the promotion of social venture initiatives that fit the needs of the fisherfolk in the area.

For BFAR Region 10, the province of Bukidnon is one of the pioneers to receive the livelihood projects from the program in 2018. Now on its 3rd year of implementation, one of its beneficiaries is reaping the benefits of SAAD.

PICKISM (Pinilayan, Cebole, Kiburiao, Sta. Cruz, Moibantang) Tilapia Growers Association’s 30 beneficiaries were once rice and sugarcane farmers, who relied for their livelihood on agriculture farming alone. From earning an average of Php 3,200.00 net income by selling three to four sacks of palay harvested in their ¼ hectare lands every three months, they now enjoy a significant increase in their income (of at least 2 to 3 times) ranging from Php 6,000 – 8,000.00 by allocating a parcel of their land for tilapia farming.

Inspired by the opportunity the program has provided them, they expanded their business by using the profit they earned from their harvests to purchase poultry, livestock, and other farm products. These would not have been possible if not for the collaborative efforts of key government agencies and LGUs and, of course, the dedication and commitment of the fisherfolk to improve and sustain the project.

With the aim of improving the lives of our 30 upland fish farmers in Quezon, Bukidnon, the project, without noticing, also gave easy access to other people living in the hinterlands to buy fresh and safe fish products since they no longer need to take long walks just to put food on their tables. The location is also easily accessible to the whole community, and they can even get fresh tilapia by catching it in the pond themselves. Fresh, affordable, and accessible, indeed.

SAAD could very well be living up to the promise of President Rodrigo Roa Duterte, saying it is his “moral obligation to provide available and affordable food for my people”. Though in local dialect “SAAD” means PROMISE and PROMISES for this never meant to be broken, definitely most of them felt their lives have changed for the better as SAAD came to their aid.

With the assistance that they received and the knowledge they learned from the program, it will be a great tool to increase their income and uplift their living. All they need is to keep moving forward and catch their dreams. The dream of achieving food security and food sustainability towards a better community. 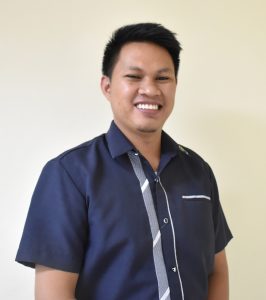 Ibrahim R. Sanggoyod is the Regional Focal Person for the BFAR-SAAD Program in Region 10. As the Officer-in-Charge of the Office of Special Concerns under the Office of the Regional Director, he also handles projects covering banner programs such as the Malinis at Masaganang Karagatan (MMK) and Balik Sigla sa Ilog at Lawa (BASIL).

Mr. Sanggoyod is a graduate of Bachelor of Science in Fisheries from Mindanao State University–Marawi City and worked at the Bureau of Fisheries and Aquatic Resources-10 since 2013. He became a Registered Fisheries Technologist later in 2015.