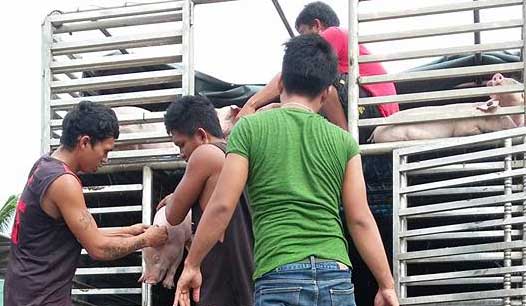 GENERAL MACARTHUR, EASTERN SAMAR – One hundred and eighty (180) pigs and goats were given to 60 farmer-beneficiaries from two barangays in the municipality General MacArthur under the Department of Agriculture – Special Area for Agricultural Development (DA-SAAD) Program in Eastern Samar last January 12, 2018.

Being one of the poorest provinces in the Philippines based on the Philippine Statistics Authority (PSA) 2012 poverty report, Eastern Samar along with two other Eastern Visayan provinces – Northern & Western Samar – were chosen as one of DA-SAAD’s ten priority provinces for its first implementation in 2017.

To augment the DA National Livestock program in its aim to increase livestock and poultry inventory in Region 8, SAAD Eastern Samar implemented projects such as poultry, swine, and goat production.  Besides livestock projects, it also focused on rice, corn, and vegetable production.