Bukidnon Gov says SAAD’s arrival in his province is timely

The province of Bukidnon was chosen as of the SAAD Program’s 2018 priority provinces due to its high poverty incidence rate per family, which is at 46.96%, based on the 2015 data of the Philippine Statistics Authority.

Gov Zubiri said he welcomes SAAD’s aim in providing agricultural interventions to marginalized farmers and fisherfolk since he is aware of the staggering number of poor families in the province. 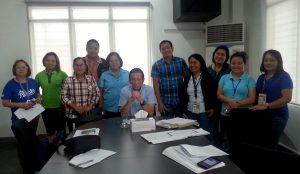 He also shared that the Provincial Local Government Office (PLGU) of Bukidnon is set to implement two agricultural programs, one for 30,000 corn farmers and another for more than 2,000 IP members.

Bukidnon PLGU hopes to eradicate poverty in the province or at least significantly reduce it in five years. The SAAD Program, in its implementation in the province, may contribute a lot to that objective. ###