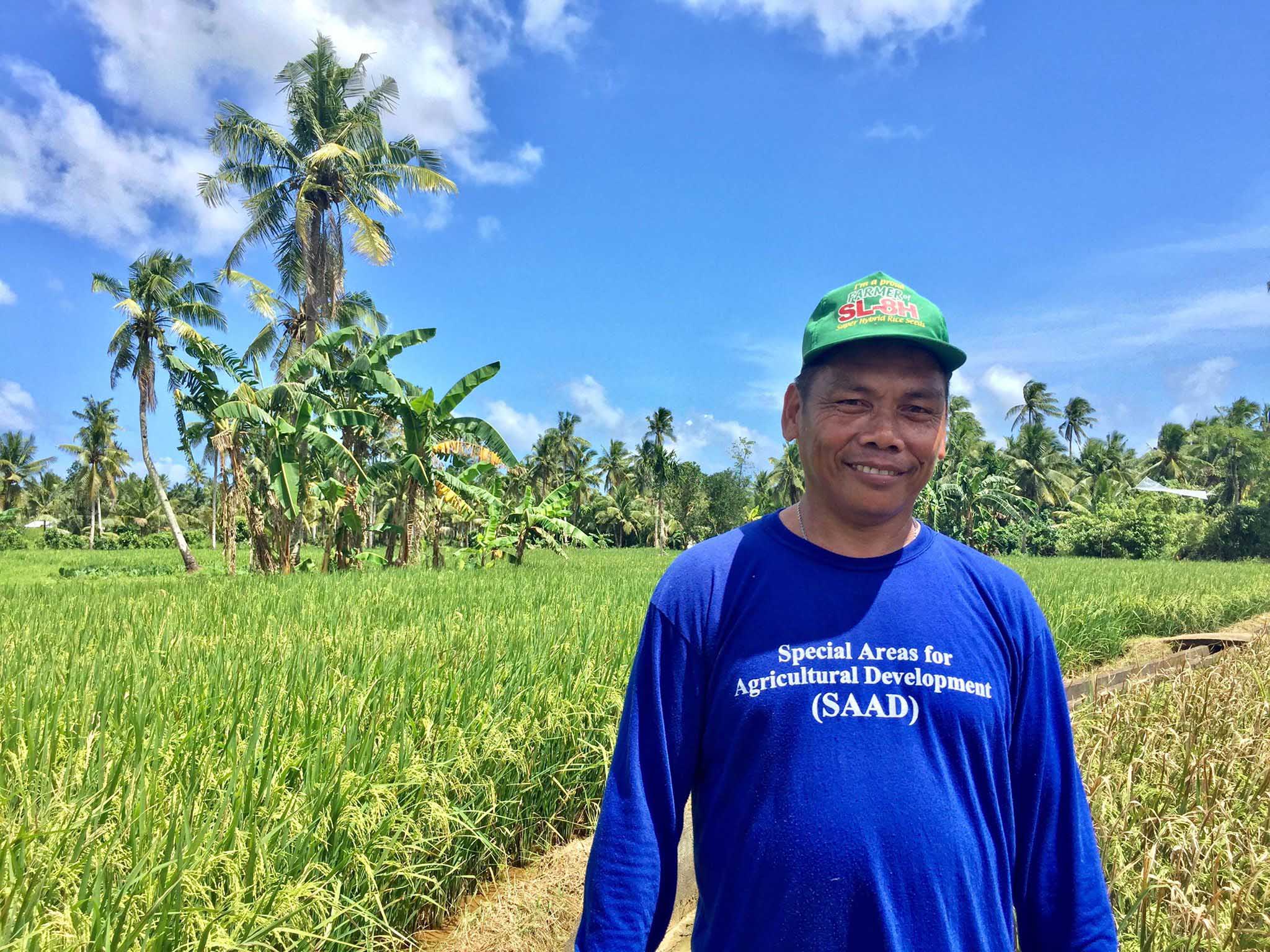 Fifty-one-year-old farmer Alfredo Amoyan from Barangay San Isidro in the municipality of General MacArthur was given one sack of certified rice seeds, six sacks of organic fertilizer, two sacks of complete fertilizer, two sacks of urea, and one sack of muriate of potash. He shared that his rice plants – sowed in a 1.5-hectare land – are now in their reproductive stage-panicle initiation. 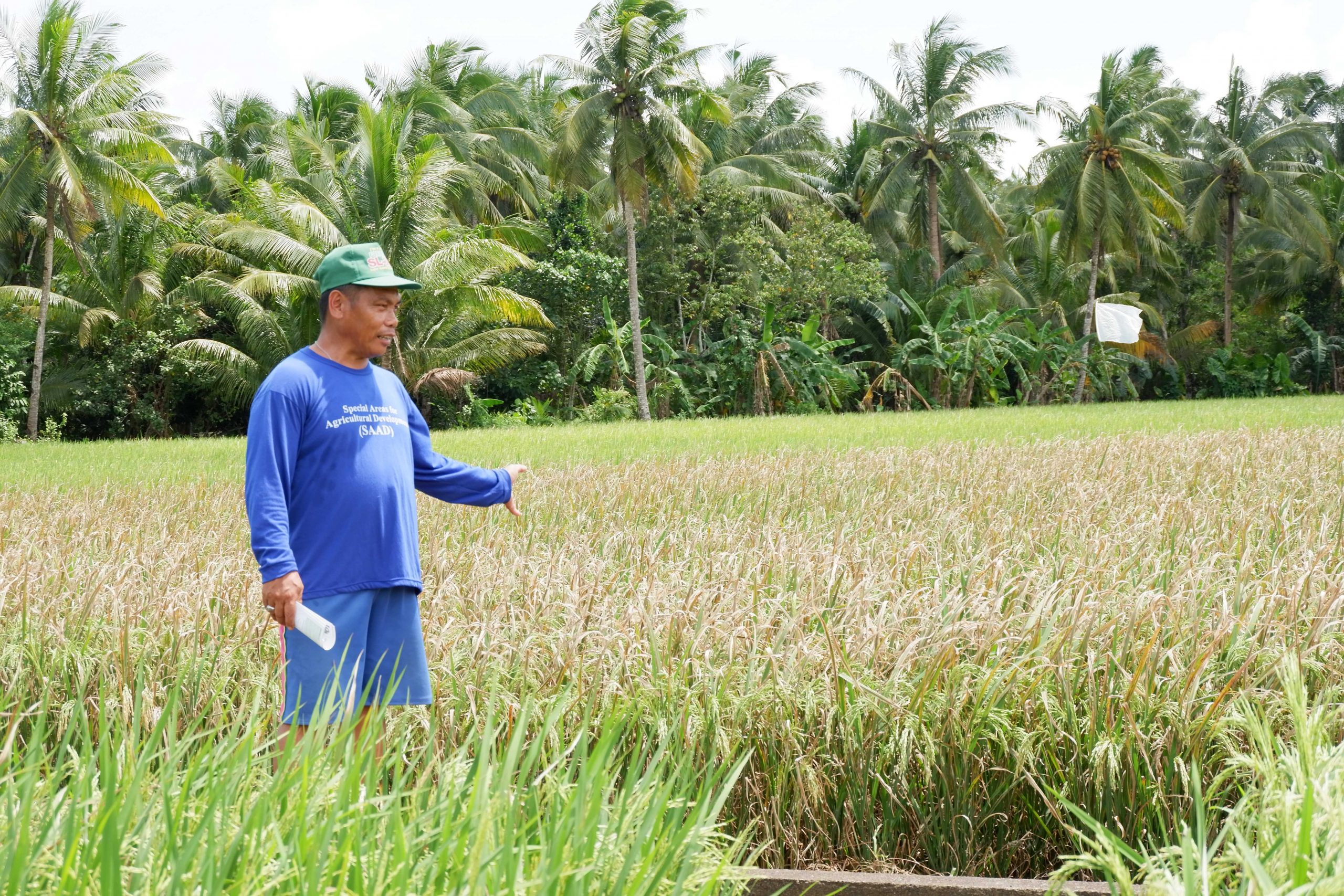 Despite the successive typhoons that affected Amoyan’s crops, he said that they are healthy. He added that the complete fertilization helped the plants survive. 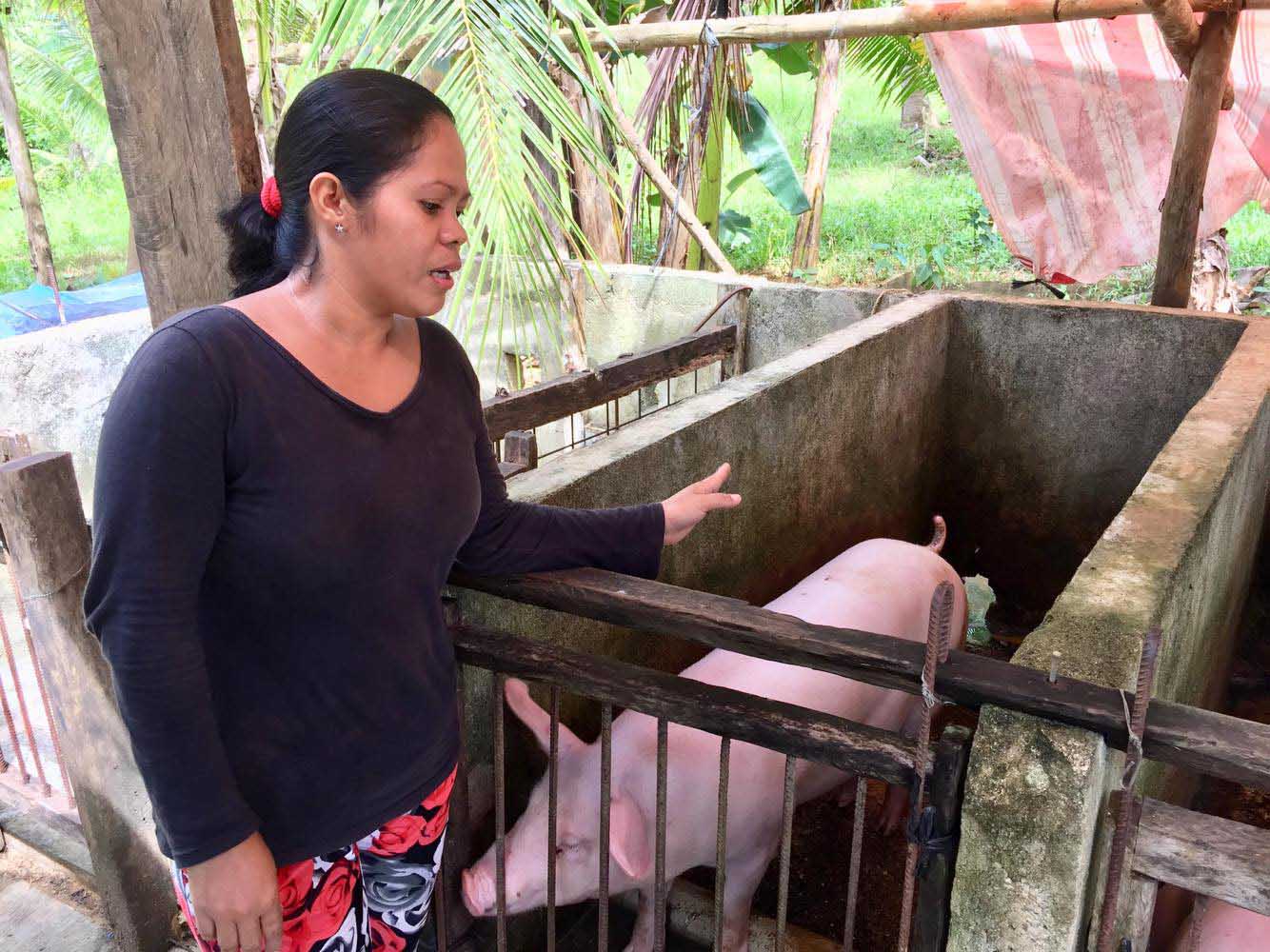 Meanwhile, 35-year-old farmer Glenelyn Borja from Barangay Binalay, who was given three piglets for fattening on the 12th of January 2018, shared that her animals are already medium-sized, weighing around 60kg. She added, “Ok sila. Malalaki na. Sabi ko nga, malapit na sila kumbagang ma-harvest. So makakatulong siya lalo na ngayon na magpapasukan.” After being given 4.5 bags starter feeds and 6 bags grower feeds in December 2017, she is still set to receive more bags of grower feeds this month for supplementation.

As consulted with the Department of Agriculture – Regional Field Office (DA-RFO) 8 marketing group, Borja can sell her hogs after they have gained 80-110kg live weight.

Both Amoyan and Borja are thankful for the little help they’ve had from SAAD Eastern Samar but that doesn’t end with that. The SAAD Program doesn’t only give agricultural assistance, it also educates farmers to fully hone their skills and knowledge. SAAD Eastern Samar also conducted various trainings, some incorporated climate-smart agriculture which aims to teach climate change mitigation and adaptation measures.

Although Borja hasn’t participated in any capacity enhancement activities yet, she is willing to attend and learn about swine production and fattening technology.