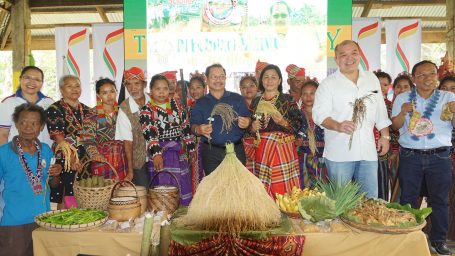 SARANGANI – The Department of Agriculture Secretary Emmanuel F. Piñol graced the Thanksgiving Day in Barangay Upo, Maitum in Sarangani last October 23, 2017. The said event, organized by the Special Area for Agricultural Development (DA-SAAD) Program, along with the Provincial Government of Sarangani, aimed to celebrate the bountiful harvest of the SAAD farmer-beneficiaries.

The said activity is an initiative of Sarangani Governor Steve Chiongbian Solon under the project called Sarangani Diversified Upland Rice Development Project, which was made into reality through the SAAD Program.

Through the event, SAAD farmer-beneficiaries had the chance to share their blessings to others and to thank God for their bountiful harvest.

SAAD Sarangani also had its Thanksgiving Days in Glan, Malapatan, and Alabel recently where Gov. Solon encouraged the farmers to give back to the church and to their communities, save some for their personal consumption and finally market their remaining harvest. In that way, they will be able to manage their produced crops while securing food on their own plates and sharing their blessings.

Sec Piñol also announced that DA plans to establish a P120m rice and corn complex in a bid to boost the production of the said plants’ varieties in the area. It will also serve as the marketing center for local traders, who will buy from the local farmers’ produce. 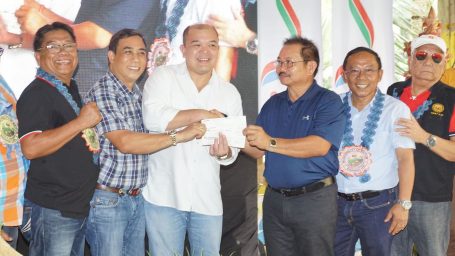 Meanwhile, checks amounting to P75m was also turned over to the Sarangani PLGU on the same day for the continuation of their implementation of the SAAD Program. ###