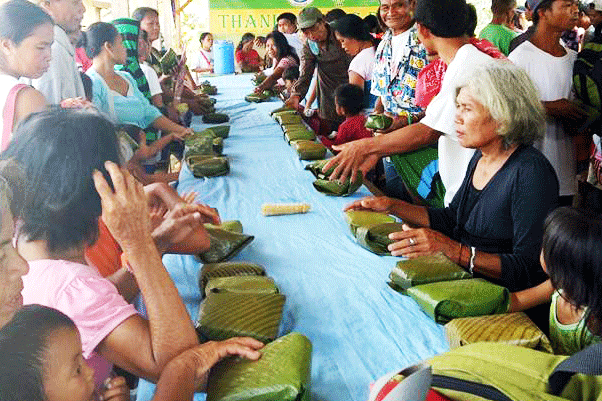 SARANGANI – A blissful yet a meaningful Thanksgiving Day celebration was held in two (2) different municipalities of Sarangani last October 10-11, 2017. Farmer-beneficiaries from Barangay New Aklan in Glan and from Brgy. Kihan in Malapatan shared a delightful moment as they gathered to give thanks for the interventions of the Special Area for Agricultural Development (SAAD) Program in the said province.

Sarangani Governor Steve Chiongbian Solon graces both celebrations and likewise gave an inspiring message to each event. In one of his remarks Gov. Solon reiterated the significance of sharing the blessings that one receives. He as well inspired the farmers to never forget to look up and thank God by giving back 10% or a portion of their harvest to the church. He also encouraged the farmers to manage their harvest accordingly and avoid selling everything at once. 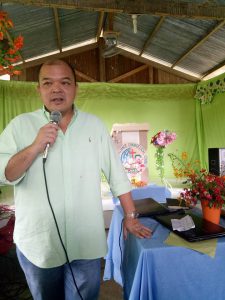 According to Gov. Solon, farmers should divide their harvest into three: first is to give back to the church, second is to provide seeds for the community and keep some for their own consumption until the next harvest season and lastly is to market and share their products to others. In this way, they will be able to maximize their produced crops thus gaining food security, additional income and helping their whole community strive out of poverty, as per Gov. Solon. He also thanked the Local Government Units of both Glan and Malapatan for being supportive of the projects, the Department of Agriculture – Regional Field Office 12 headed by Director Milagros Casis and the SAAD Program for providing interventions to their local farmers.

Other inspirational talks about giving, farming mentoring and mindset transformation were also given to the participants to further their knowledge and capabilities in farming. Lectures and presentations on food production, marketing and enterprise were also provided by the SAAD- Provincial Program Management Support Office (PPMSO) of Sarangani.

A prayer of thanksgiving was also a highlight of both events which was followed by a sumptuous lunch. Meanwhile, another thanksgiving day celebration is set to be held in Brgy. Pag-Asa in Alabel on October 13, 2017 (Friday).

In conclusion, everyone is hopeful that this will not be end, instead just the beginning of a more fruitful and bountiful harvest in the lands of Sarangani which will bring food security and sustainability to the local farmers of the province with the help of the SAAD Program. ###